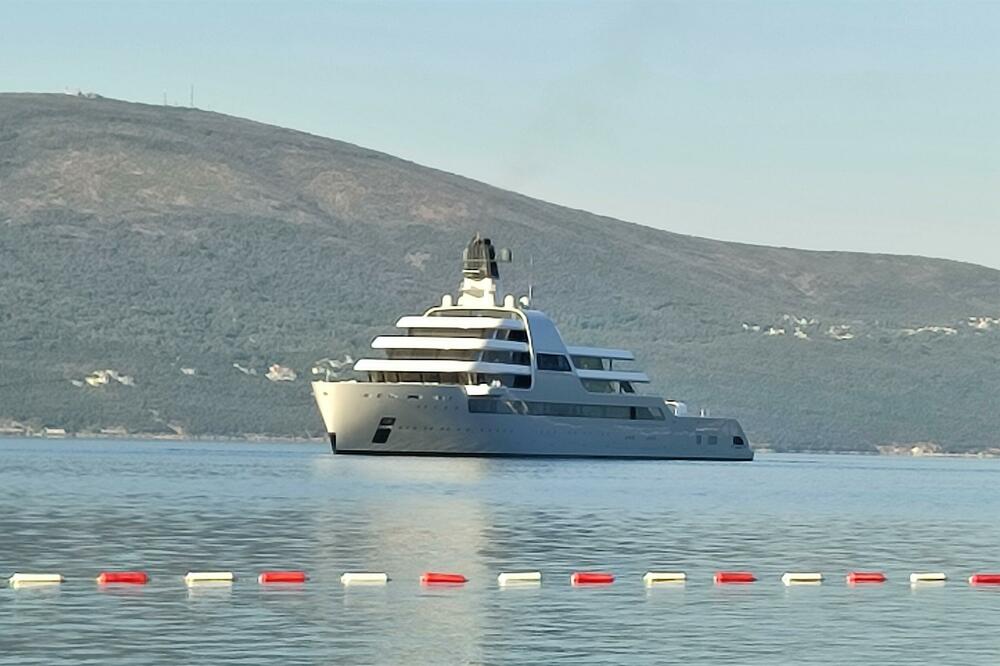 Ultra-luxurious and still shrouded in mystery, the brand new Solaris superyacht of Russian oligarch Roman Abramovich sailed into Tivat this morning and anchored in front of the Porto Montenegro marina. 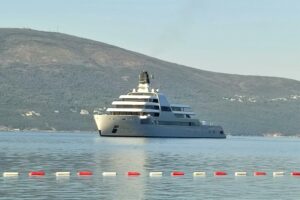 “Solaris” was officially handed over to its owner Abramovich a few months ago at the Lloyd Werft shipyard in Bremerhaven, Germany, where the 140-meter-long and 26-meter-wide 5.9-meter draft ship was built. It is about the so-called an expeditionary superyacht designed and equipped to take the owner and his guests in full comfort to some of the most remote and inhospitable areas of the world, and in the yachting industry very little detail is still known about Abranovich’s latest superyacht with 11,247 gross tons.

“Solaris”, designed by the Australian engineer Mark Newson, has eight decks on which, in an ultra-luxurious environment, it can accommodate a maximum of 36 passengers, whose comfort and safety are taken care of by 60 members of the crew of this yacht. At a maximum speed of 18 knots, the ship drives a modern diesel-electric propulsion complex with six MTU diesel engines and two electric azipodes with a power of 9 megawatts each. The yacht also has a helicopter hangar and a small helipad on the highest deck, as well as the imposing so-called beach club with pool at the stern of the main deck. “Solaris” spent its first summer cruising season cruising the Mediterranean along the coast of Spain and the Cote d’Azur in France. 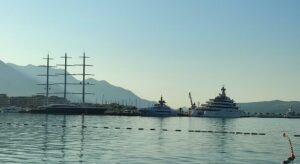